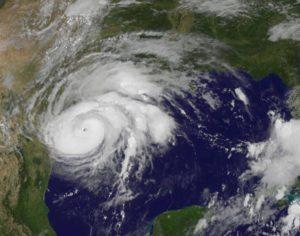 Hurricane Harvey left more than just water-related emergencies. He left behind many different types of destruction in his wake, some which can cause major health issues that if left untreated, could result in a trip to a Fort Bend County emergency room. Two of the greatest post-Harvey issues affecting the Fort Bend County area and causing health-related emergencies are MOSQUITOES, FLOOD WATERS and MOLD. This is part one of a series covering health related issues causing medical emergencies that Hurricane Harvey left behind.

Mosquitoes cause more suffering around the world than any other organism, not to mention the minuscule insect single-handedly kills over one million humans every year. Since humans and all warm-blooded animals are affected by mosquitoes, everyone should know how to avoid being bitten and take steps to care for mosquito bites, especially those that ooze or those that seem to be infected.

Are you a mosquito magnet? 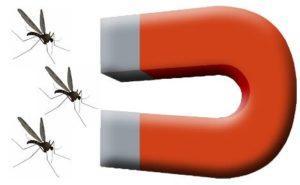 What happens to the skin when a mosquito “bites”

How can mosquitoes cause health emergencies? 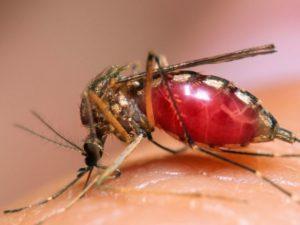 Mosquitoes and their bites cause a response of the immune that seems to “enhance the establishment of mosquito-transmitted viruses”. Zika alone has caused hundreds of millions of infections in South America as well as the southern coasts of the United States of America. While many are working on vaccines and anti-viral drugs, staying ahead of the genetic diversity is proving to be a tough challenge. When mosquito bites become infected due to imminent scratching, the open wound can become a breeding ground for any of the viruses listed below. From hives and bite-related rashes to anaphylactic issues even shock, something that seems so simple can turn into a full blown infection requiring 24 hour emergency medical services.

The National Center for Infectious Diseases (NCID), a division of the CDC – Centers for Disease Control and Prevention, publishes a yearly list of diseases that can be/is being transmitted by mosquitoes. (NCID, 2007) The American Mosquito Control Association (AMCA) also publishes information on mosquito-borne diseases affecting humans, horses and dogs. (AMCA, 2013) Below is a combination of both lists for 2017:

Zika virus is primarily spread though the bite of infected mosquitoes. Common symptoms of Zika virus include fever, rash, joint pain and conjunctivitis. Most people contracting Zika virus will have mild or no symptoms. Illness generally lasts a few days to a week. Although uncommon, there have been serious cases requiring hospitalization. Expectant mothers infected with Zika can also pass the virus to their fetus during pregnancy. For more information about the Zika virus, please visit the DSHS Zika website.

Originally contained within the Caribbean, Texas has confirmed a human case of the Chikungunya virus. The disease is generally not fatal but does cause fever, joint pain and swelling, headaches, muscle pain, and a rash in most infected individuals. Symptoms usually develop within 3-7 days of being infected. The mosquitoes that spread Chikungunya are most active during the day, as opposed to dawn and dusk. Therefore, it is important to take precautions against mosquito bites all day long, not just at certain times.

If you think you have an infected bites of ANY type, it always pays to seek medical attention. While most are harmless, just annoying, some can cause major skin trauma.